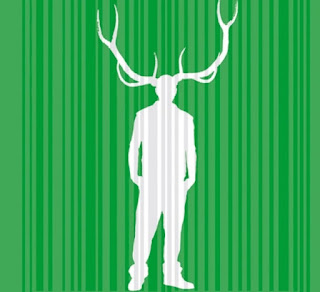 Although the fact of adultery occurs from the beginning of the world, the societies in question had instituted a way to safeguard their good morals and hypocritical behavior.

If we look at Greek Mythology which is full of such acts, but also in the Bible with the well-known extramarital affair of David, we realize that it is an issue that has to do with the primordial human behavior.

Thus the sin of adultery aroused the imagination and aroused curiosity. But each time the treatment was different. You see, ethics are different in every age and in every society.

The teacher knew something , that claimed that passion is without malice and his forbearing  is beyond and far from morality.

Of course, modern societies are adapting to a more flexible approach to this human longing.

The following incident occurred around 1960, when adultery was a criminal offense.

In Karpenisi a small mountain town in Greece and capital of Evrytanian prefecture, Dr. Eftychios Papadopoulos practiced his medical profession. He was famous in the area because of his quality but also for the source of humor that distinguished  him. Apart from these two advantages that he had, she also happened to had a very beautiful wife.

The truth is that very beautiful women attract men's eyes like a magnet. Of course in Crete a mantinada (=short poem of folk expression) apparently to give more emphasis to beauty says that: "the most beautiful bodies and good knives are most often in the wrong hands".

The doctor, due to his many obligations, seems to had neglected his wife's angelic gifts and thus left a fairly free field of action for the prospective suitors. In these cases, the evil does not take long; after all, the statistics show that it is a matter of time.

So the doctor's wife had an affair, that is, she committed the criminal act of adultery. In her case, however, the wife was not lucky enough to enjoy the fruits of pleasure for a long time.

The doctor arrested her on the spot, did not tolerate her betrayal, his masculine ego was violated and he brought her to justice for her crime.

Because as we said at that time the offense was criminal, this act had to be tried in another prefecture.

The nearest prefecture was Fthiotida and so the trial was decided to take place in Lamia town, the Fthiotida’s capital.

The affair spread everywhere, became known throughout the region and on the day of the trial a large number of people came to the Courthouse, as in addition to the Evrytanians who arrived to watch the process, there were many people of Karpenisi residents who lived in Lamia.

Before the trial begins and while the room in the Courthouse was crowded, the doctor was in the lobby where the inseparable was observed, and talks to his own people.

At some point the judges enter the courtroom and the President rings the bell to start the trial. Surprised, the doctor hears the sound and turns to the courtroom to take his place but in front of him stands a crowd of listeners and on his fury to pass and cross the crowd, without losing his humor that always distinguished him, he shouts: